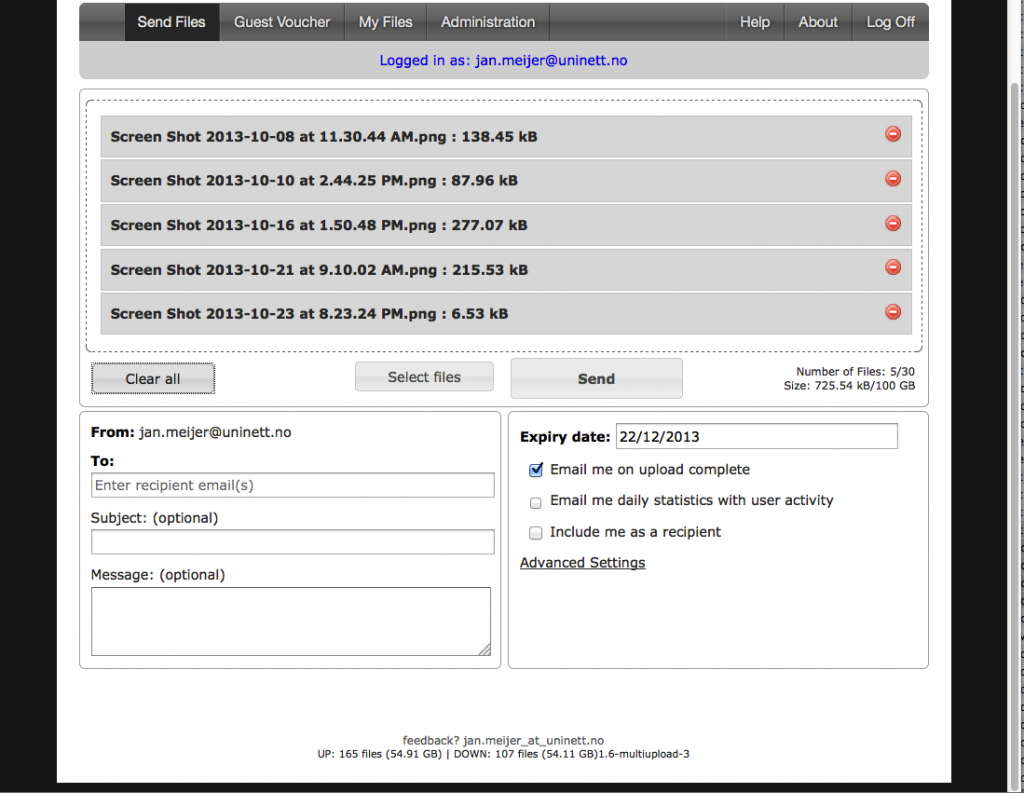 You know the problem.  You need to send a file larger than a couple of megabytes to someone and the email comes back: attachment too big.  Then what? Large File transfer using FileSender.

FileSender is a web based application that allows authenticated users to securely and easily send arbitrarily large files to other users. Authentication of users is provided through SimpleSAMLphp, supporting SAML2, LDAP and RADIUS and more. Users without an account can be sent an upload voucher by an authenticated user. FileSender is developed to the requirements of the higher education and research community.

The purpose of the software is to send a large file to someone, have that file available for download for a certain number of downloads and/or a certain amount of time, and after that automatically delete the file. The software is not intended as a permanent file publishing platform.

FileSender was developed originally in Flash, but due to flash security restrictions and other flash player issues it became obvious that what we were trying to do was not feasible with the current version of the Flash player and was inconsistent across different browsers.

After extensive testing we duplicated the functionality using HTML5 with a fall back to a basic Flash file transfer.

Once we completed the SAML integration, the development of the file transfer component went well up until we reached the 4GB issue. From then on we required 64 bit servers and the most recent version of PHP. This also meant that most windows servers were unable to keep up with what we wanted to do so Linux became the defacto server.

In initial tests we were able to transfer 1 GB files in most browsers without any additional plugins.

Following a project we called TerraSender, participants were able to divide the upload into blocks and post multiple blocks of data simultaneously to the server, increasing the upload speed dramatically. The end result being a 1 Terabyte file transferred in the browser via FileSender.

More recent versions have included multiple file upload and many other features.

FileSender is now in over 12 countries, translated to at least 10 languages. 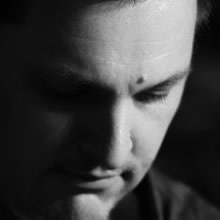